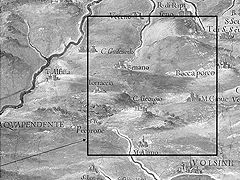 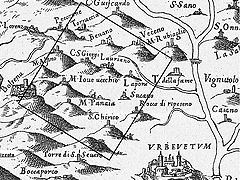 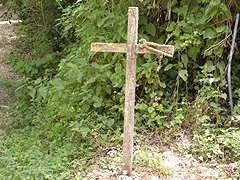 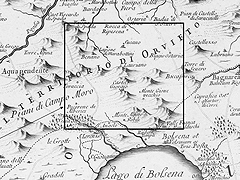 The village of Torre San Severo belongs to the municipality of Orvieto, which is only 7.64 km

The number in parentheses following each village indicates the distance between the same village and the town of Orvieto.

The village of Torre San Severo rises 525 meters above sea level, with 145 inhabitants.
In the small village is a food, a bar and a church. Interesting from a historical and architectural point of view is the Palazzo Simoncelli in Torre San Severo.

Palazzo Simoncelli is fully inserted into the fabric of the old town of Torre San Severo. The historical and physical aspects of the Palace are woven over many centuries, the history of the small fortified town. The oldest document in which today can be traced back the history of the small town of San Severo is the Cadastre of 1292 Orvieto, where the site is registered as a "villa" of San Severo, then one can assume that in the thirteenth century there was still no defensive system and that the tower had not been built yet. The name of Torre San Severo is mentioned for the first time in an act of 1356, where the estate of Torre San Severo passes to the Abbey of SS. Severus and Martyrdom.

In the fifteenth century Torre San Severo was a fortified village with a tower (the oldest structure in the Palace can be identified with the West Arm, where it is recognized a large square room, probably the oldest structure of the tower, and two smaller adjacent rooms that could be part of the fortification, the wall east of the west arm of the Palace, contains the inclination with respect to the structure of the sixteenth century and was probably built on the same defensive walls). At the end of the fifteenth century, the structure of the tower lost its former function as a fortress to become a branch of the Abbey of SS. Severus and Martyrdom and take on the characteristics of a dwelling. The tower, in fact, is lowered, windows are opened in the floor and the Palace was enlarged.

Cardinal elected in 1554, Girolamo Simoncelli, assign the Palace became the Apostolic Chamber to restore it as a summer residence. The Palace at the end of this phase of construction, is a plant with "L", with a wide staircase, and, in some rooms, with frescoes by Cesare Nebbia. In 1573 began the construction of the arm is east of the building and the portico, which remained unfinished. On the death of Cardinal Simoncelli’s Palace is used by the abbots, before moving in 1870 to private.

The palace has now restored in the structural parts, which had been degraded as well as compromise the stability of the building, the preservation of valuable frescoes. They are the first rehabilitation and consolidation of static structures and the safety of the frescoes, in part attributable to Cesare Nebbia.